Was the Civil War about ‘Humbug’?

When I wrote recently about divisions, in 1642 – the start of the English Civil War – and today, I had no idea how much more heated things were about to become. The PM’s response to being challenged about inflammatory language was to accuse his accuser of ‘humbug’. This only exacerbated the situation. 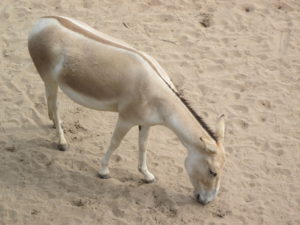 This is an ass, not a person.

As far as I can see, the divisions centred on the issues, not the language, although personalities certainly came into it. King Charles definitely focused on certain leaders of the opposition in parliament, notably John Pym and John Hamden. Inevitably, parliamentarians concentrated on the king,whose personality was err… unfortunate, to say the least. To that extent there is a similarity today. The press certainly seem more interested in personalities than issues, understandably in a way since Boris Johnson is and always was such a high-profile individual.

Such language implies something about the person and/or their motives rather than the issue. I expect there are times when we need to consider whether the person or their motives are an important factor in a situation, but generally that approach tends to add heat rather than light. It is too easy to believe the worst of someone you don’t agree with, or who is on ‘the other side’ in any sense. This in turn leads to more emotion and less reason. 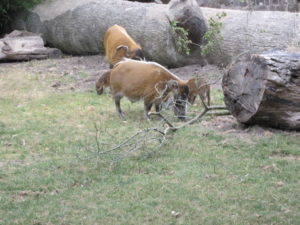 Am I guilty of humbug, being biased against the PM?

I need to be careful. I am aware that some remainers (not myself) have been guilty of insulting leavers and making assumptions about their motives. Accusing all leavers of being racist or stupid was not helpful.

Is shouting ‘Humbug’ a new thing?

No. I remember when the opposition insulted Margaret Thatcher in many ways, including attacking her character and motivation. That heated the debate and lost sight of the real issues. I was grateful to David Steel, the then leader of the Liberal Part, when he re-set the debate.He said something like this:

“I do not question Mrs Thatcher’s character, her honesty or her integrity. My criticism is quite simple. She is just plain WRONG!”

Do you shout ‘Humbug’ (or similar) in arguments?

That might not be your chosen word, but you might resort to insulting someone or making it all about them. It happens in business and in the family as well as politics. Try to avoid it. Do you ever oppose some idea just because you don’t like the person who thought of it, or it would mean you had to back down? (I didn’t say ‘surrender’). Do you bring up something they did wrong just to discredit them, even if it’s got nothing to do with the present matter?

I’ll keep you informed of progress with my book set in the Civil War.