What is The Stallion Man?

The Stallion Man is the third novel in my Highwaypersons series. It will be published on Amazon and Kindle as a paperback and e-book on Thursday the 10th June.

What is The Stallion Man About?

Former highwayman Captain Billy Rhys travels incognito from Scotland to Pembrokeshire to investigate the death of a friend and comrade-in-arms and to uncover a plot to place James Stewart on the throne Those questions may be connected, especially as the Jacobite spy Charles Butler has been seen in the area. Billy uses the guise of being a groom to a stallion visiting many of the castles and manorhouses in the area. He gets both help and hindrance from his wife and his sister and by Helen, the beautiful hotheaded widow of his deceased friend, all of whom had once  been involved in his criminal activities. When things go awry and the authorities are slow to act, it is up to the women to save him and the kingdom. The highwaypersons must ride again.

What sort of story is The Stallion Man?

This is a murder mystery, a swashbuckling adventure and a bawdy romp, set against the beckground of a little-known historical event.

What will The Stallion Man cost?

As a special bargain, you can get the e-book version of Book One in the Highwaypersons series, Debts and Duties, FREE on Kindle from 10th to 14th June and then Book Two, The King’s Justice, will be free from 15th to 19th. Therefore you can read the first two books free before you buy the latest in the series.

Or you can get a taste of it from some of the short stories in Geoffrey’s Historical Shorts of which I have written before. 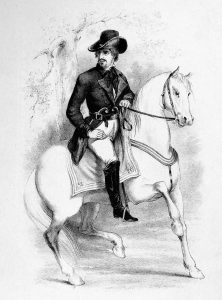 The cover picture of The Stallion Man