Compulsory creativity may be coming

Compulsory creativity may please the government

Compulsory creativity would have to happen if current proposals become law. Ministers plan to include the celebration of British values in proposals for new media laws. Former minister John Wittingdale said in September that TV programmes should be distinctively British. His successors seem to think the same way, much to the dismay of many in the industry including David Tennant.

Compulsory creativity is an oxymoron

As soon as you start trying to produce art of any kind to order you pour cold water on the artist’s creativity. It is however amazing how much great art has been produced in spite of interference by patrons including governments. That is because of the imaginative approach artists have developed so they can comply with the rules, written or unwrittten, but remain true to themselves. There’s creativity!

Of course, we want to see a thriving British TV industry. We also want to keep a distinctive British flavour and not become too transatlantic However, that must come from our natural creativity not from compulsion. Writers and producers need to be creative and not work to some legally defined objectives. British culture is here and it reflects British values because we are us. Our culture has always absorbed ideas from abroad but something uniquely British has always emerged. It cannot be produced by diktat. I have written before about British values and the difficulty in defining them.

An alternative to compulsory creativity: self-expression!

If any artist of any kind is looking for inspiration to express British values, here are some suggestions.

I do not include toleration, because most of us go beyond being tolerant. We celebrate differences – hence the inclusion of eccentricity.

Those values are expressed in various ways and to differing degrees in my books such as The King’s Justice. Have a look!

Perhaps the government would like to embody any of the above to enable it to truly represent the British people. We would like to expel, deport and exile corruption, lies and bullying, along with all who practice them. 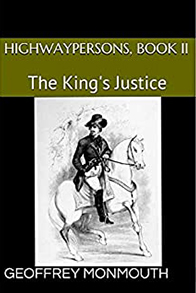 Compulsory creativity did not produce this.

No compulsory creativity but lots of British values!