Historical sources can include the gospels

Historical sources can be official records, letters, diaries, books, or anything in writing. In addition there are archaeological sources, which include just about anything not written. I wrote recently about the gospels as history but there are a few questions I did not cover in that article.

Can there be four contradictory historical sources?

People often wonder why there are four apparently different gospels. They can’t all be right, surely? The differences make them more credible. If you read accounts of an incident in four different newspapers, there will be differences. That may create problems, but it means the incident almost certainly happened.

Why did the Church not agree on one  of its historical sources?

Some people would have chosen one of the four gospels and discarded the other three. Another approach would have been to amalgamate them, as moviemakers tend to, and produce an approved version. The Church chose to let all four stand and allow readers to see four different ways of looking at the story. Some readers would find one gospel more helpful or relevant than the others. I have found my ‘favourite’ gospel has changed over the years. Generally, Matthew appeals to my mentality more than any, but all have some meaning for me.

What about the best known discrepancy between these four historical sources?

For many people, the most obvious discrepancy is in the Christmas story. Matthew tells us of the Wise Men but Luke tells of the shepherds. Have both made serious omissions? Neither writer claimed to be present at the Nativity. Both must have had their sources. Perhaps Matthew met someone who had seen the Wise Men whilst Luke had met one of the shepherds. Neither says how long Mary, Joseph and baby Jesus stayed in Bethlehem. The shepherds seem to have arrived immediately after Jesus’s birth, but the Wise Men could have been a while later. Neither account need be wrong. By the way, Matthew does not say how many Wise Men there were. People guess there were three because he does mention the three gifts they brought. We tend to assume ‘one Wise Man: one gift’ but why?

Why not read the gospels or listen to an audio version? I suggest a modern translation such as I mentioned before. 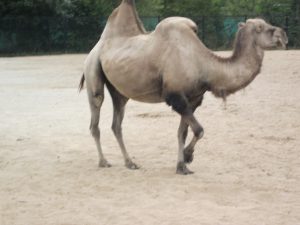 A camel. No historical sources say how the Wise Men travelled, but camels are a good bet.