Do you live in a historic town?

What is a historic town?

I have been enjoying the current Channel Four series of Britain’s Most Historic Towns presented by Alice Roberts. Each week she looks at a town which she connects with a particular period in history and illustrates it with old buildings and other monuments. I don’t know how she chooses them, since many towns have lots of historic associations with different periods, but never mind, let’s think about one period at a time, as long as we don’t forget the others. Alice shows that behind almost every building or monument there’s a story. History is all around us. 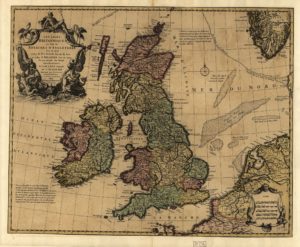 A historic Map of Britain showing that most towns have been around for a long time.

How historic is your town?

You may be surprised. Most towns in Britain have experienced lots of history. It doesn’t stop! Even towns you might think of as new probably stand on the site of some previous habitation, if only a village. Manchester has Roman and Mediaeval buildings as well as being the centre of the Industrial Revolution. Look around. Ask. Enjoy. 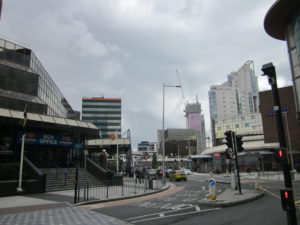 A modern part of Cardiff showing nothing historic 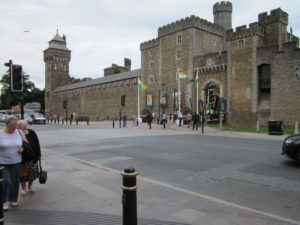 I have set both volumes of Highwaypersons, in and around Cardiff and its castle, as well as other places in Wales, in the early eighteenth century. See Book I, Debts and Duties and Book II, The King’s Justice.

Does this blog post sound familiar? I have written something similar before. I am pleased that Alice Roberts agrees with me.

By the way, I don’t know if she needs to dress in period costume every time, but if she enjoys it, who am I to complain?