Macron said what about NI?

M Macron allegedly said that NI was not part of the UK. Opinions differ as to his exact words and to their meaning. Since he was speaking in French (what a nerve!) some reporters might have got it wrong (never!). Boris has responded by saying he will always defend the territorial integrity of the UK. He might have forgotten that some Britons say they would be happier if he did not. 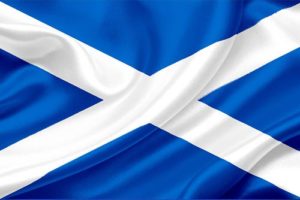 The saltire of Scotland. Does M Macron know about the auld alliance?

What was M Macron’s context?

Brexit, of course! Did you think it was all over? The issue in question, currently, is the trade border in the Irish Sea, which is a consequence of the Protocol agreed as part of the post-Brexit trade agreement between the UK and the EU. The Protocol was the only alternative to a hard border between Northern Ireland and the Republic, which would be a breach of the Good Friday Agreement as well as very unpopular with many people in both parts of Ireland. Unless we were to have accepted the Backstop negotiated by Mrs May, which was the main reason the right wing of her party ousted her.

Partly. The UK government has always made different arrangements for Northern Ireland than for the rest of the UK. Ulster Unionists seem to want that even though they insist the province id an integral part of the UK. The DUP supported Brexit, opposed Mrs May’s deal and supported Boris’s Brexit including the NI Protocol. (Never mind the fact that NI voted for Remain).   Northern Ireland has never been treated as just another county like Cheshire or Lancashire. 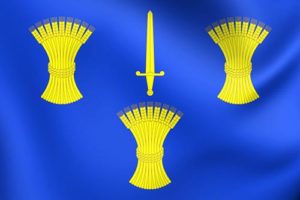 The wheatsheaf and sword of Cheshire 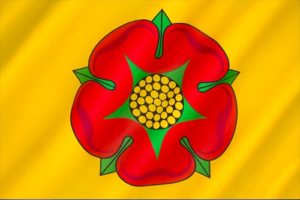 The Red Rose of Lancashire

Were Macron and Boris both right?

The partition of Ireland exactly 100 years ago had nothing to do with sovereignty. At least, if it had, the UK had sovereignty over the whole island. The government had resisted demands for an independent Ireland, but finally gave in. At that point the plan was an independent Ireland. Partition was a compromise because Ulster Protestants objected violently, claiming they would be second class citizens in a Roman Catholic country. The province has remained in the UK ever since because that is the desire of the majority of its population.

Macron or Boris? Who is right?

Macron happens to be right and Boris wrong because the Good Friday agreement provides for the reunification of Ireland if there is agreement to that in both parts of the island. British sovereignty would not be an obstacle. The rest of the UK would not be affected. (In theory).

As he is a Frenchman, Macron might well know very little about British or Irish history, but Boris, the historian (albeit one with a selective memory) should know better. He should also have read my previous post on this subject.

Have I written any books set in Ireland?

Not yet1 But Blood and Secrets is set during the English Civil War and deals with some of the religious and political differences which divided the whole country then and have much in common the those affecting Northern Ireland. 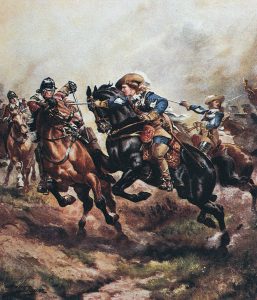