Victory is not all it seems, O Taliban!

Victory has seemed complete for the Taliban

Victory looked certain once they got to Kabul. The President of Afghanistan seemed to think so and the world’s press agreed but History might not. In a previous blog post, I said they might not get there: many times in history overconfidence has led to defeat, but I was wrong. Am I now denying that they have won?

The Duke of Wellington, a victorious British general, once said, “In all the world there’s nothing half so melancholy as a battle won, except a battle lost.” Many generals and politicians have come to see the truth in his words. Cromwell’s victories in the English Civil War were never quite complete. 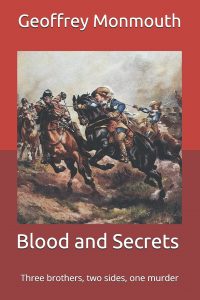 The cover of Blood and Secrets: from a painting of the Battle of Edgehill. An incomplete victory.

In what way is their victory incomplete?

The recent attack at Kabul Airport reminded us that there are other players there who are not leaving with the US and UK forces. How many are there? Apart from terrorist groups, there are militias controlling areas which have never been conquered by the Taliban or the Afghan government forces. Some are ethnically or religiously different from the majority of Afghans. Then there are war lords whose loyalty may be fluid.

Remember the allied victory in Iraq?

When George Bush said “Job done!” he was spectacularly wrong. One big mistake the allies made was to disband the Iraqi Army. That left a lot of former soldiers unemployed and disgruntled. Result? Insurgency. Which raises the question of the defeated Afghan Army. Will all those soldiers settle down to peaceful civilian lives? Even if they deserted, surrendered or defected, how will they behave in future? The British used to incorporate former enemies into our forces in the days of the Empire. The policy was generally successful.

Is total victory impossible for the Taliban?

No. It is possible that they can overcome all the above obstacles. They will need to negotiate, not only with the rest of the world, but also with a lot of the Afghan people, which will mean compromise. There is an old saying, Politics is the art of the possible. People who are blinded by religious or other dogma are incapable of appreciating that because they think compromise is a dirty word. Time will tell and History will judge.